9 months ago by Your Queer Story ∙ 12 min read

Carol Baskin was born on an Air Force base in Bexar County, Texas on June 6, 1961. Like Joe, she didn’t have an ideal childhood and ran away from home at age 15, hitchhiking from Florida to Maine. She slept underneath cars until she could afford her own truck and then slept in the back of that with her pet cat. At age 17, Carol got a job at a department store and fell in love with her boss, Michael Murdock, who seems to have been several years older than Carol. The two were married soon after they moved in together because Carol feared the consequences of living in sin. BUt Mike beat her regularly and obsessively tracked her moves, going so far as to track the odometer on her car. The one solace Carol had was her animals, and soon she began to rehabilitate injured bobcats.

One night Carol fled her house in fear of another beating from Mike. As she walked down the street crying, a man in a car pulled up and asked her if she’d like a ride. Eventually Carol got into the vehicle and the two went to a hotel that night, but Carol swears nothing happened. But they decided to meet again. Rob Moor interviewed Carol and wrote this piece in the story Tiger King Joe Exotic: The Modern Barnum and His Equally Extraordinary Nemesis:

The man told her his name was Bob Martin. Since they were both married, they had to have their clandestine meetings in a trailer at his work site; when Bob pulled into the lot, he would make her lie down on the floor of his truck so no one would see her. She thought they were hiding from his boss, a rich businessman named Don Lewis.

Whenever she called him at work, she would ask his secretary if she could speak with Bob Martin. One day, a different secretary answered the phone.

When Carole asked for Bob Martin, the secretary said she’d never heard of him. Carole described him — middle-aged, blond hair, blue eyes — and the secretary laughed. “You’re describing Don Lewis,” the secretary said. Carole realized she was having an affair with a millionaire. [3]

For the next 5 years Carol continued her affair with Don Lewis before the two finally left their spouses. For a while the couple raised, breeded, and traded exotic animals. Then in 1992 they changed their tactics and opened Big Cat Rescue in Tampa, Florida. It was Carol’s dream and yet life was not a dream at all. Don was stingy with his money, he never even bought Carol a real diamond ring. He would go dumpster diving for day old bread and he held his money over Carol’s head. He also cheated on Carol as he had his previous wife and she was expected to accept these terms.

The two began to disagree on how the animals should be treated as Carol began to realize their tactics were harmful and even cruel. Don saw the animals as a way to make money so the couple fought constantly. Finally, Don began to tell Carol he wanted a divorce. In July of 1997, Don filed a restraining order on Carol claiming she threatened to kill him and a month later he mysteriously disappeared and was never heard from again. When confronted about the restraining order years later, Carol shrugged the incident off and published a statement on the Big Cat Rescue website:

Don spent one week per month in Costa Rica. Don was a man who wanted to have sex daily. He would go to Costa Rica during the week I was having my menstrual cycle. I accepted this as something I had to live with. During the week he was away, I would haul off the property as much of the junk as I could. Wendell told Don I was doing this. Don tried calling the police to get them to stop me. They told him he would need a restraining order. It is unclear if it was Don’s idea that to get a restraining order he should say I threatened him or if someone like Wendell suggested that. Don filed for the order on June 20, 1997, and it was denied.

There are several reasons this statement doesn’t sit well with most people. Aside from the fact that Don wanted a divorce and then suddenly disappeared, he also told friends and his secretary that he feared for his life. And then, immediately after police were notified of Don’s disappearance, a never before seen ‘Last Will and Testament’ showed up. Which not only made Carol power of attorney, rather than Don’s secretary as the previous will had stated, but an interesting line had been added at the top. It began with, “In the event of my death or disappearance”. Which was an odd line to have in a will and is rarely, if ever, seen by lawyers and judges.

Sadly, Don was never found and 5 years and 1 day after his disappearance, Carol had him legally declared dead. During that time she continued to run and expand Big Cats Rescue, Don’s children estimate they only received 10% of Don’s multi-million dollar estate. Carol also began dating another man, Jay Bakyal, who filed a restraining order on Carol in October of 2002. He wrote in the report:

“On the phone and at home told me she will “kick my ass out of there, whatever it takes”. I honestly fear I am in danger or death or serious bodily injury… One day she said to me when I asked her, ‘what happens if your husband shows up now?’. Her response ‘Dead body can not talk’.”

A month after Jay left, or fled for his life, Carol met Howard Baskin’s at a fundraiser event. The two began dating and married two years later in a small, and quite odd ceremony. They have been happy ever since and Howard is definitely Carol’s biggest supporter. Yet still the rumors and questions surrounding the disappearance of Don Lewis have swirled around Carol for the last 23 years. Becoming one of the most exciting stories of the exotic animal world.

Here are a couple other interesting moments in the episode:

In episode four of the Tiger King we get into the real reason there is such a hatred between Joe Exotic and Carol Baskins. For years the two had antagonized each other through their individual social media sites and Joe’s cable show. But in 2012, Joe began to superimpose Carol’s photo onto offensive pictures and spread an image of Big Cat workers holding dead bunnies. So Carol and her husband sued Joe for $1 million for copyright infringement and defamation of character and won. Now we begin to see Joe really unwind.

Some of the most memorable moments from the episode were as follows:

Jeff Lowe is the quintessential con man and looks like he’s been running a con since the day he was born. In mid 2000’s he claimed to work for the musical legend Prince and sold illegal t-shirts with Prince’s logo. He was sued by the star and the singer’s lawyer told newspapers: “I’m not gonna call him a liar, but based on any information I have, he never worked for Prince – unless you call getting sued working for him”. But the lawsuit didn’t slow him down one bit. In 2008 he swindled the Citizens Opposed to Domestic Abuse out of one million dollars worth of merchandise, which Lowe later resold for a profit [12]. And that’s all just a peak at the laundry list of cons the man has run over the decades.

So he was definitely the right man for Joe to transfer ownership of his zoo to. Here’s some more moments from episode 5 of the docu series:

In episode six we find out Joe is being investigated by the Feds for misappropriation of funds during his campaign. It seems the government was looking into a lot of exotic animal farms, mostly likely due to pressure from Carol Baskin and her followers. Everyone begins to feel the pressure of the investigation and people start pointing the finger at Joe, who is the easiest and most obvious target. We meet a fellow Joe called “Chuckie”, known legally as James Garretson, who owns a “tiger liquidation business”.

Some of the other moments that went down as things escalated were as follows:

In the final episode of the docuseries we watch the feds build a case against Joe and eventually sentence him to 79 years in prison. Several of Joe’s former employees are brought in to testify and we see where the rest of the characters in this strange tale end up. So here are the conclusions to the story that is Tiger King

We’ll end the series recap with this quote from lead director and creator Erik Goode.

I have to say, Joe was unique, we all know that. But blaming your sexuality or your past on your current acts is really unfair. Sure, he’s gay, but just think about how many other gay men are in Oklahoma and every other state in the country. To say that that makes it justified is really unfair, frankly. I think that Joe was just an absolute egomaniac and narcissist who inflicted a terrible amount of pain on people and the animals. And that’s what matters. To blame your sexuality or your relationship with your family is not an excuse. So I have to say, for people who are looking at the series, saying Joe is an antihero or Joe should be released from prison — Joe did real wrong. I’m not one who thinks that people should be locked up and thrown away the key. Joe should pay for those crimes, and I think he should be reformed, and I don’t like that the justice system is a punitive system, rather than a reformative system, but I think he needs to do his time and really think about this. [8]

SUGGESTIONS FOR WHICH ACTORS STAR IN THE EVENTUAL BIOPIC:

Allen (the assassin) –  Creed from the office, Michael Rooker, 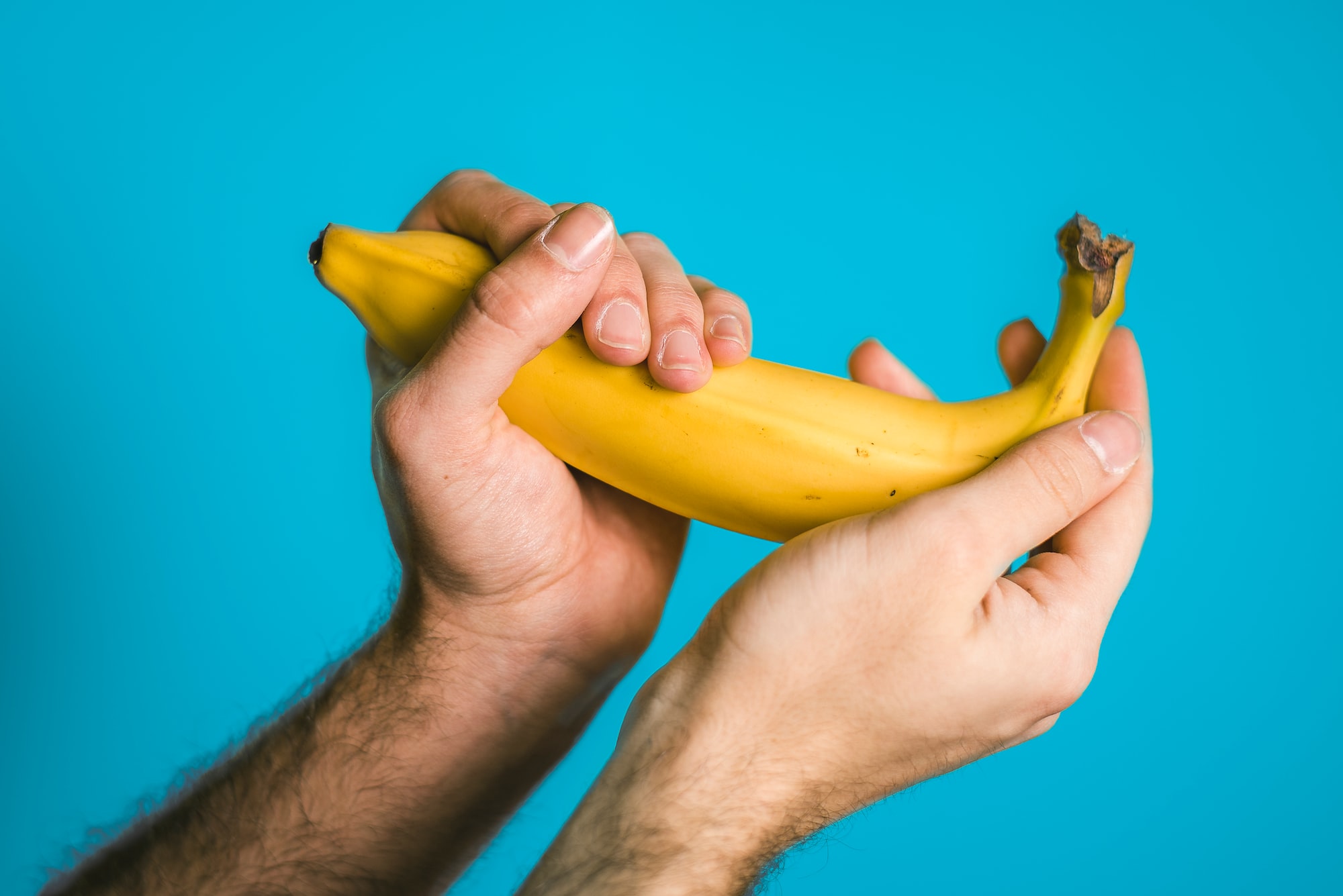